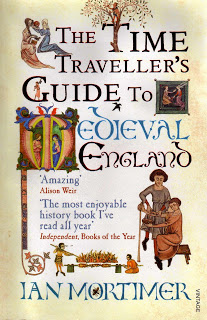 When I was given this book as a gift I thought by the title that it would be rather light-hearted and jokey in style. Particularly as one of the reviews on the cover refers to it as "Monty Python and the Holy Grail with footnotes..." This is actually misleading as the book is a very detailed and comprehensive social history of England in the 14th century. There were quite a few light-hearted moments, some disturbing and some rather dry and tedious too. On the whole though it balanced out into a fascinating and obviously very well researched piece of work.

Unlike most books on medieval history this one focused predominantly on everyday people, at times giving you a very real sense of what it was like to be around at that time. And in that regard the title is highly appropriate.

I would say that this book would be invaluable for anyone writing about the 14th century and would provide a great source of reference for novelists.
at 13:21