I'm approaching the end of the fourth week of my Mountain Fitness programme and, to be perfectly honest, things have gone somewhat awry.  I was tempted to just ignore this fact and not include a progress (or rather 'lack of progress') report in my blog.  But that would be cheating!


The main problem area has been with the sensible eating part of the plan.  Over the past ten days or so I've eaten anything but sensibly.  Partly this was because I took a week off work and during that week I had a few stressful situations to deal with, such as having to say goodbye to a much loved family pet and having to send my car to the scrapyard after an MOT failure.  Food is a great stress reliever!  As is alcohol.  The end result is that I regained the weight I'd lost in the first two weeks of my fitness programme.  Undeterred I've started afresh.  The important thing is not to dwell on the relapse or to give up but to accept it and move on.


Happily I can report that the exercise part of the programme (which is more important than the diet anyway) has continued apace.  At the start of the year I set myself the goal of walking 1,250 miles in 2014 and I've walked at least twice a day since then, clocking up just short of 125 miles and 10% of my target.  Here I've been greatly encouraged and motivated by sharing my walks with Facebook friends in Scotland, the south of England and USA.  We've done this by using the Runkeeper app on our phones and sharing our progress.  It's not a competition as such, but every time I see one of my walking buddies has clocked up another walk it spurs me on to add to my total.  It's got me out walking even on a cold wet morning.  I can certainly recommend this idea.


I've also continued to struggle on with the exercises set by Anthony of Breathe Fitness and can see some progress here inasmuch as they're becoming a little easier every time.  I've a way to go before I can complete every repetition of every exercise, but it isn't designed to be easy.  One of the toughest, I've found, has been the wall squat, designed to strengthen the hips and thighs - very important for getting up those hills!  This exercise might not suit everyone, but if you feel up to it and want to have a go, I recommend you try Anthony's wall squat challenge which you can see in the following Youtube video.  At the time of writing I'm struggling to get to 20 seconds!  This will, I know, improve.


So, that's it for now.  Not a huge amount of progress, but onwards and upwards is the name of the game! 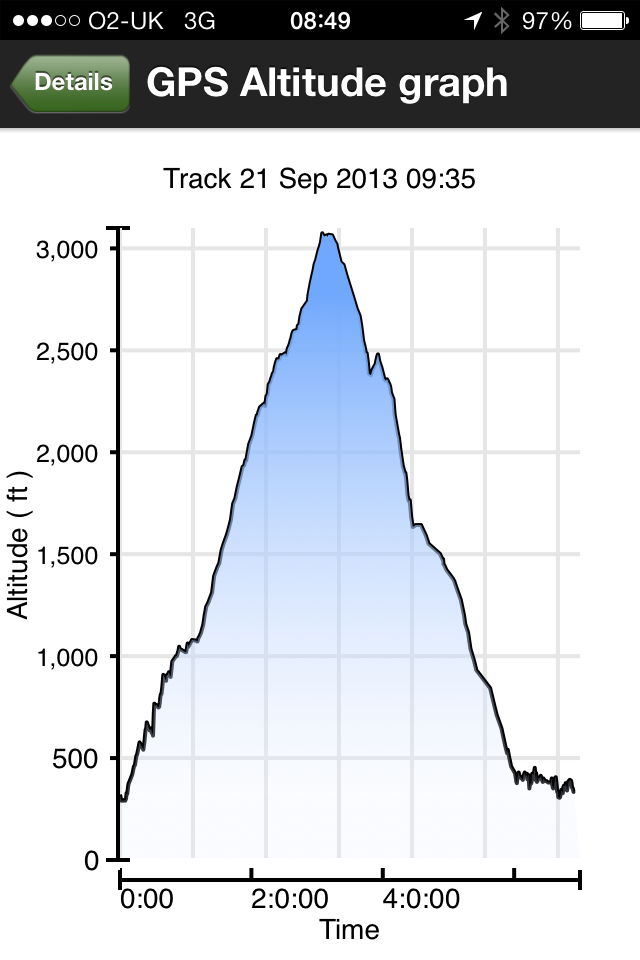 The altitude graph for my Skiddaw climb bears
an uncanny resemblance to my diet progress!