An exploration of British wild flowers

A couple of months ago I bought myself a new macro lens for my digital SLR camera.  For anyone who doesn't know what a macro lens is, basically it allows you to focus on objects at very close range and the resulting images are reproduced at a ratio of 1:1.   With my lens, for example, I can focus on a small postage stamp until it fills the frame and this will be recorded at actual size on the camera's sensor.


I originally bought the lens for food photography, but a very pleasing by-product of this has been my discovery of flowers, particularly wild flowers.  My new lens is perfect for getting in as close as possible to a flower and really showing off its beauty.   And in doing so I've then gone on to identify each specimen, which isn't always easy.  There are several sites on the internet which allow you to key in various attributes of the flower, such as petal shape and colour, and by a process of elimination  so far I've identified every one.
Some I didn't need help identifying, such as the Bluebell: 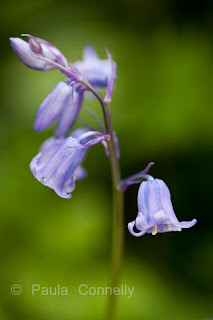 Some I have seen growing wild in many hedgerows, fields and even urban areas, but had never taken the time to look up their names, such as the Oxford Ragwort: 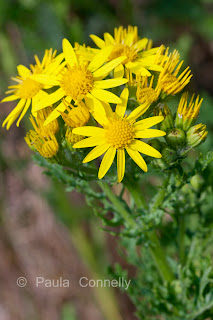 Others I knew, but until I actually got in close with my new lens, I had no idea how stunningly beautiful they actually were, such an example being the Borage flower (otherwise, for obvious reasons when you look at it, known as the Star Flower): 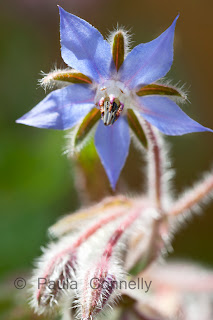 When using a macro lens, the closer you get to the subject the shallower the depth of field (simply put, the amount of the subject in focus) and so it's important, as a photographer, that I establish which part of a plant I want to be tightly focussed.  Thereafter, the rest of the image becoming increasingly out of focus.  In the example of this Red Campion flower, my point of focus (as is often the case) was the central stamen.


Occasionally, focus on the actual flower has been eclipsed by the appearance of a bug or fly, such as this Yarrow flower onto which has settled a horse fly.  In this instance I also had to rely on the net to help me identify the fly.  And this, in turn, may start me off on another journey of exploration...bugs and flies! 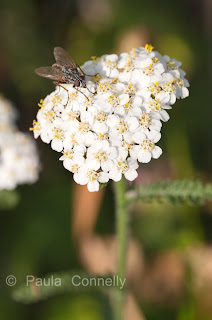 For now though, whilst the hedgerows are still in full bloom, I shall keep focussing on all those beautiful flowers.