- January 23, 2014
My final outing in 2013 was a very enjoyable 8 mile circular walk closer to home, in the Yorkshire Wolds, starting and finishing at the secluded and picturesque village of Thixendale.  As I was following a route I'd walked on at least three previous occasions, no maps were needed.  It was a blustery day with a mixture of sunshine and clouds and up on the higher ground it certainly felt every bit like December.  In the more sheltered valleys though, out of the wind, it was surprisingly pleasant.


The Yorkshire Wolds is an area of chalk hills and dry valleys which stretch in an arc from west of Hull by the Humber Bridge, northwards and then eastwards to meet the North Sea at Flamborough Head. 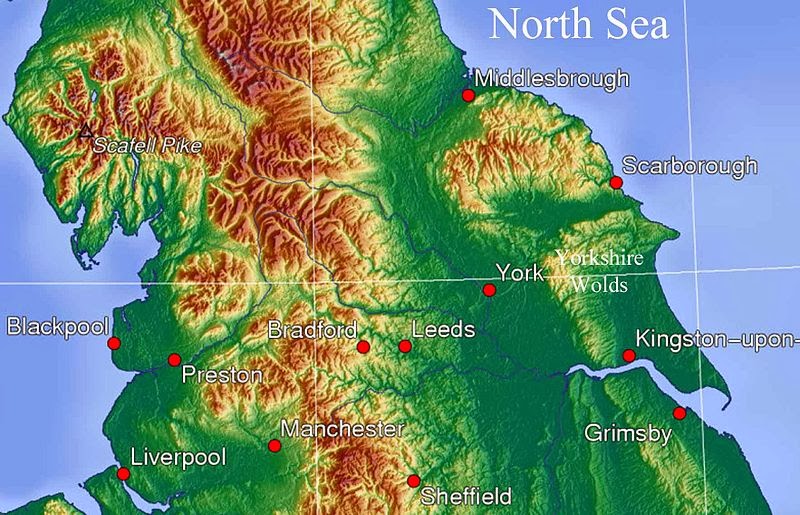 Where the chalk is visible in the white cliffs of Flamborough Head is the very eastern most tip of the Wolds.  Gradually, as the line of chalk disappears inland, the coastline changes to boulder clay.  You can actually see where the boulder clay coastline of Holderness (famed for its rapid rate of erosion) begins at Sewerby, just north of the seaside town of Bridlington. 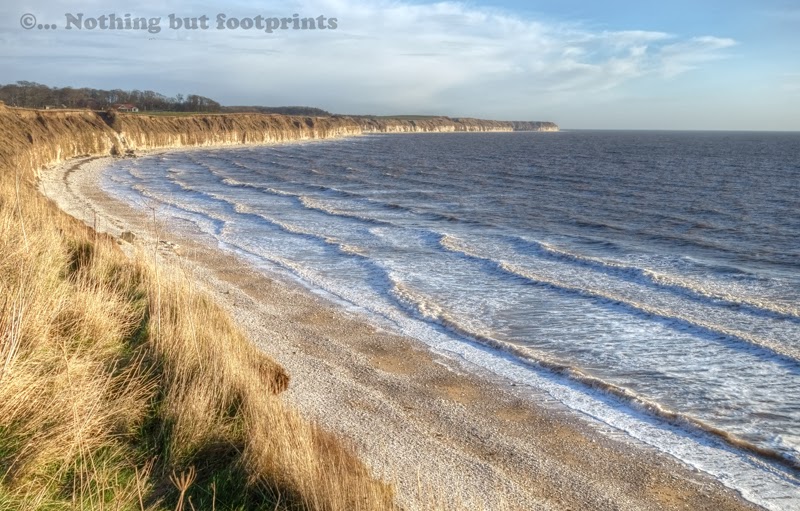 The Yorkshire Wolds has many public rights of way and walking routes, whilst more ambitious hikers can walk the entire Wolds Way, a National Trail starting at the Humber Bridge and ending at Filey Brigg, just north of Flamborough Head. 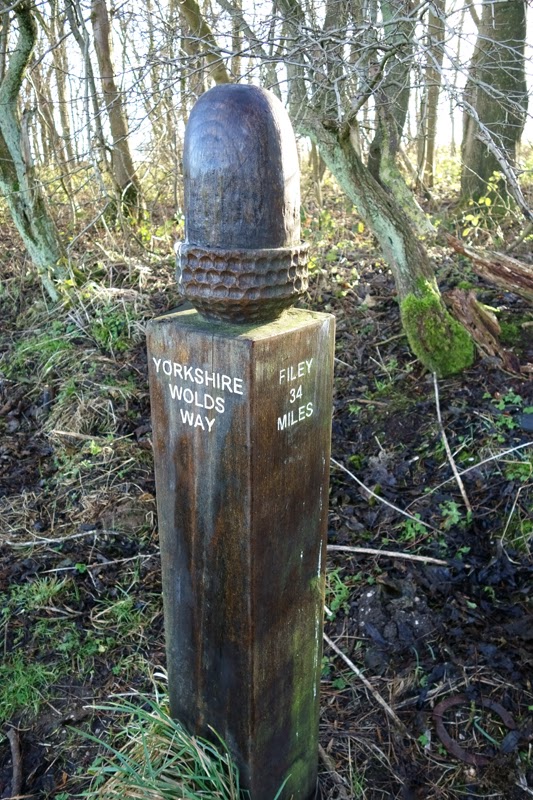 In 1997 Tom and I attempted to walk this 79 mile long trail in very hot and humid conditions.  We managed to get as far as Wharram Percy (a distance of approximately 50 miles) before blisters upon blisters forced us to surrender and hitch a ride with a post van back to the nearest train station at Malton.  We're now seriously considering tackling this trail again and possibly viewing it as a warm-up for the much more ambitious 190 miles of the Coast to Coast Walk. 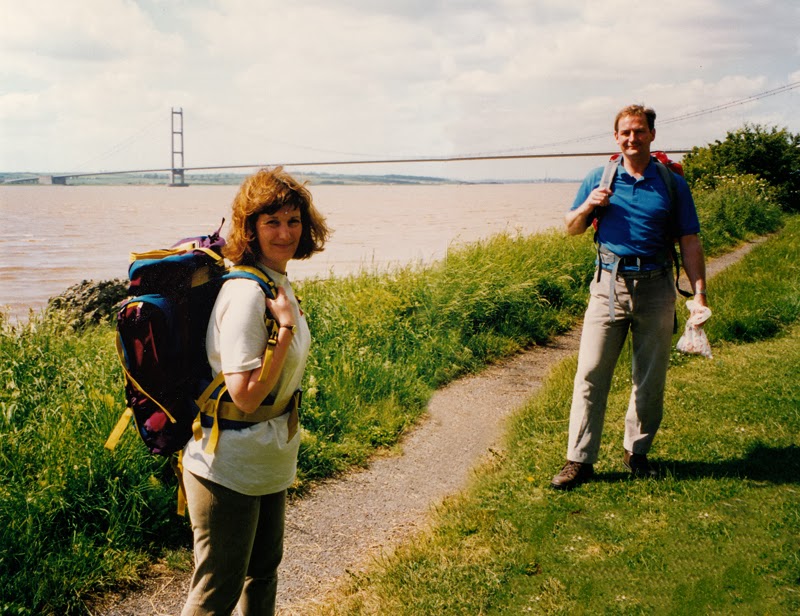 The start of the Wolds Way

Our walk on this particular blustery December Sunday afternoon headed from Thixendale to Wharram Percy, following what had been the final section of our failed attempt at the Wolds Way, before crossing farmland to loop back to Thixendale. This is a landscape of undulations and walking here can involve a series of ups and downs, from the chalky hill tops down into the dry valleys, which were formed by sheets of ice during the last Ice Age, approximately 100,000 years ago.   The village of Thixendale nestles in one such dry valley bottom and our path out of the village took us out of the valley by way of a steep slope.  The view from the top of this first climb was very dramatic, showing a perfect example of the nature of the folds and furrows that make up the Yorkshire Wolds. 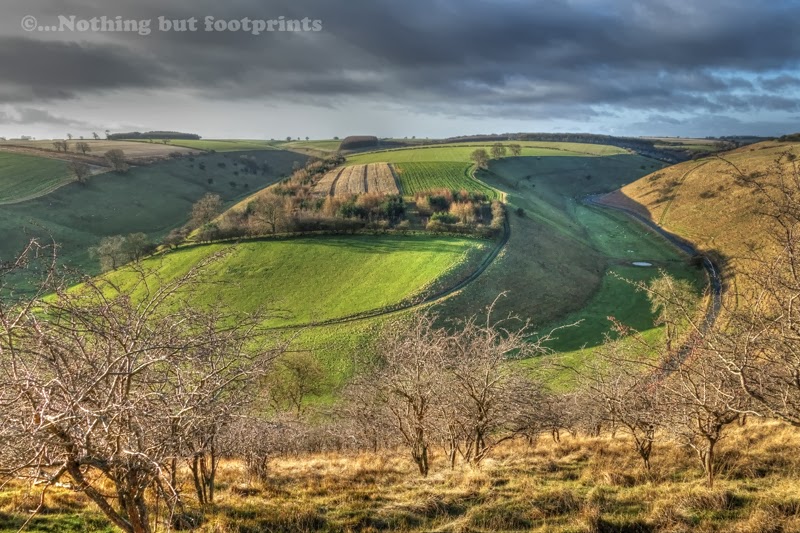 After the initial climb it was downhill again, into a dry valley bottom which was followed for a short while before our route climbed onto the high ground again. 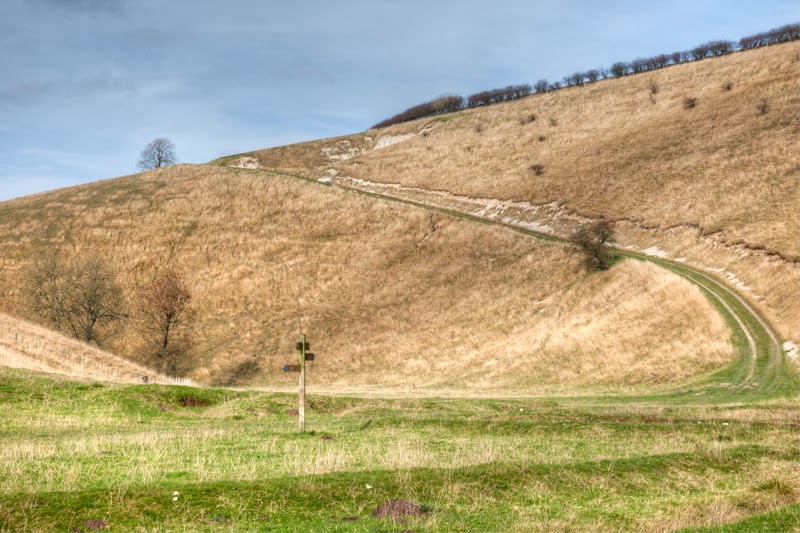 A dry valley in the Wolds

For the next mile or so we followed the Wolds Way around the top edge of a dry valley until it turned and in the distance, at the head of the valley, we could see the ruined church of St Martin, Wharram Percy. 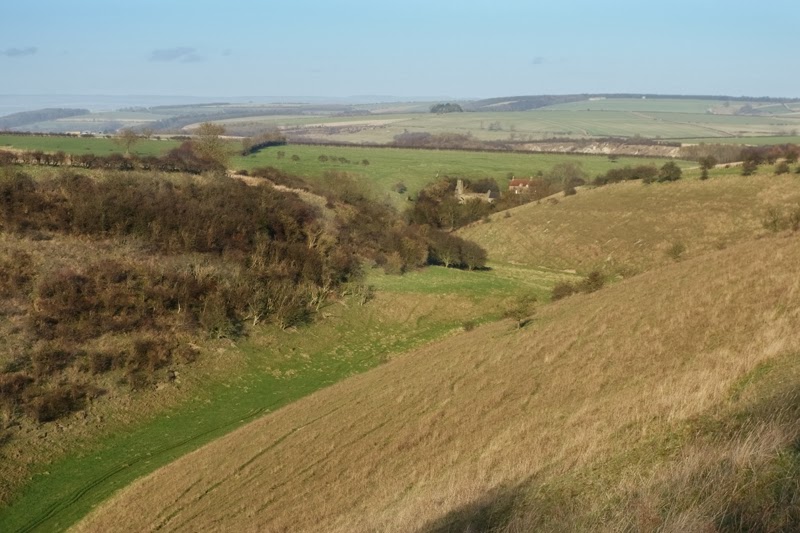 The sun was shining and it was sheltered down in the valley by the ruins of the church which, being the halfway point of our walk, was the ideal place to stop for a lunch break.  It was surprisingly busy down there.  Obviously the sunshine had brought people outdoors to walk off their Christmas excesses and I was astonished to see one man dressed in shorts and t-shirt, although as a concession to the season he was also wearing a woolly hat and scarf.  A strange combination indeed! 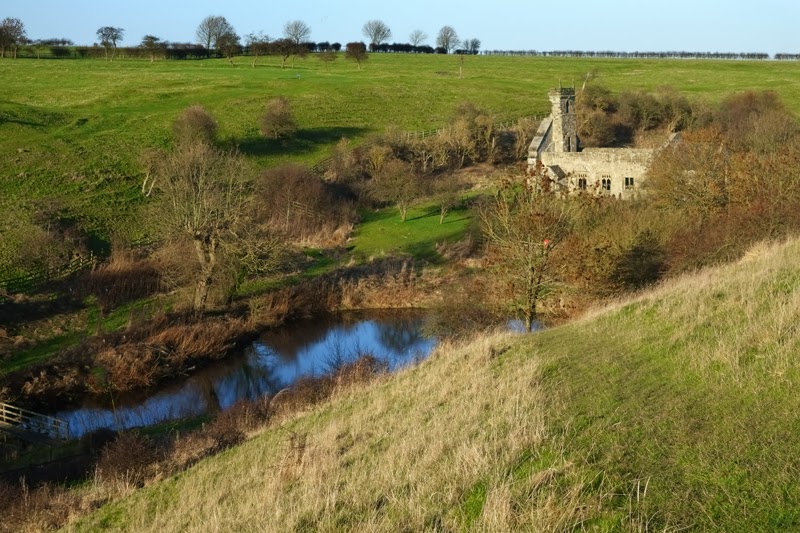 The village of Wharram Percy originated between the 10th and 12th centuries and was finally abandoned by 1506.  Although many people believe the reason for its desertion was the plague known as the Black Death (1348-49), the real reason it was abandoned was because the landowners wished to turn the area over to grazing for sheep.  The church of St Martin, however, remained in use by the residents of nearby Thixendale until the 1950s.  A storm caused the tower to collapse in 1959 and in the 1970s the roof was removed for safety reasons.  In spite of this, it is still quite clearly a very typical English village church which looks rather strange and eerie in this very pretty valley. 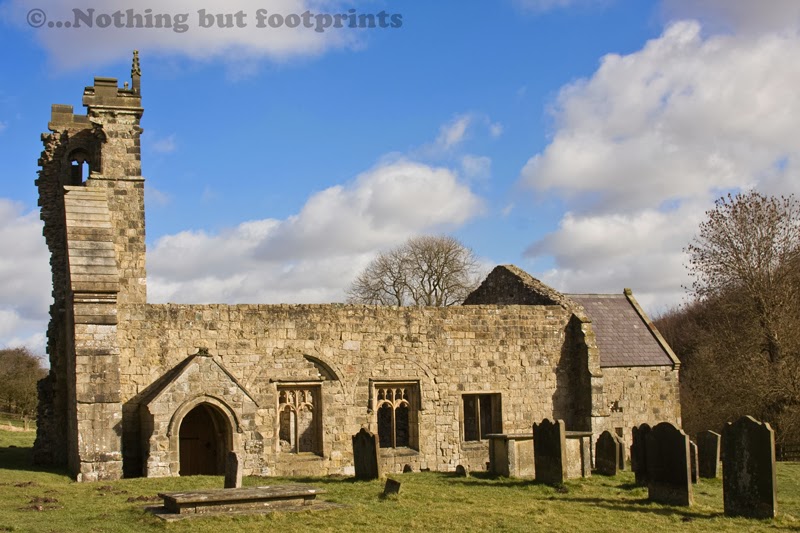 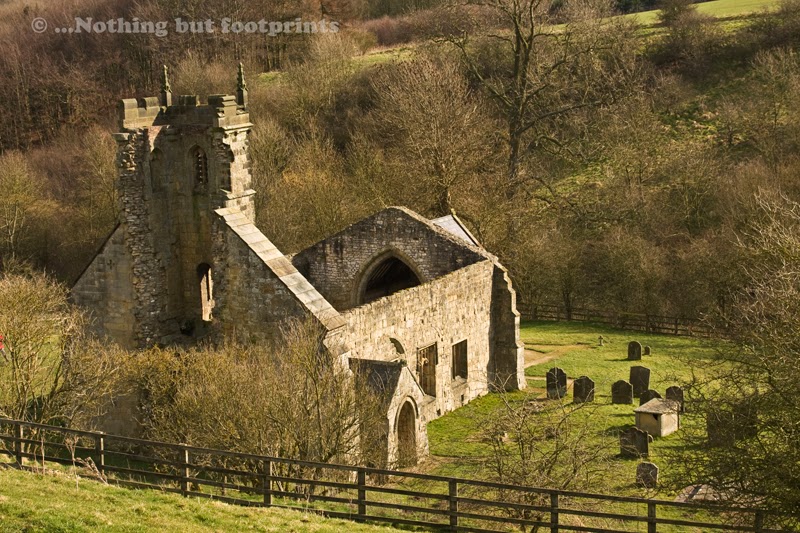 The ruined church of St Martin

Today Wharram Percy is in the care of English Heritage and there are various information boards around the site, explaining the findings from several excavations that have taken place over the past few decades.  Our route took us out of the village area and uphill to follow a country lane until we could pick up a dry valley that would lead us back to Thixendale.  As we stood on the higher ground looking back towards the deserted village, the grassy outlines of the former cottages and  village buildings were clearly picked out in the afternoon light. 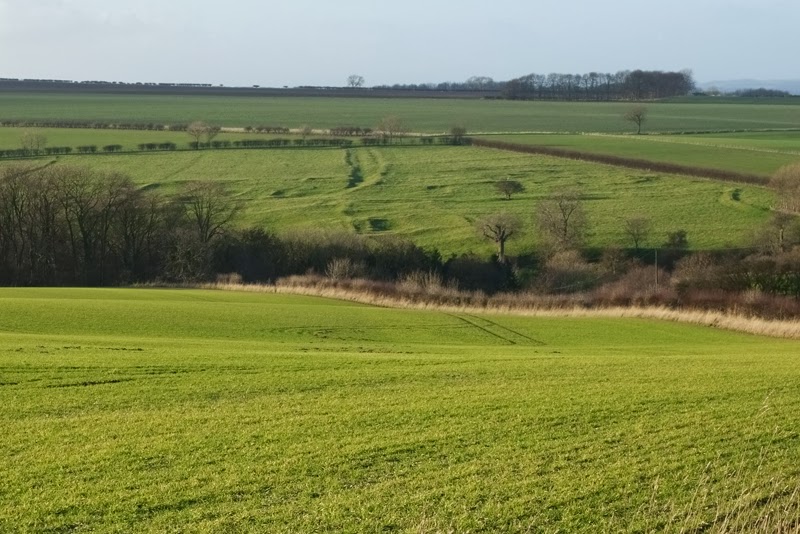 Four miles of walking up hills and down dry valleys took us back to Thixendale as the light was fading and the temperature began to drop.  It had been a most enjoyable walk.  Much easier than when we attempted the Wolds Way, back in the sticky heat of June 1997.  Maybe late winter or early spring would be the best time to walk such a long distance?  This is something we are considering, because as far as we're concerned the Wolds Way remains unfinished business.
Yorkshire Wolds (inc Wolds Way)