As a photographer I'm particularly drawn to derelict old buildings in picturesque  countryside settings.  There's something about the contrast between the decaying state of the abandoned manmade structure and the  natural beauty of its surroundings.  Sometimes the contrast is stark but sometimes the building actually adds a certain element of interest to the scene, providing  a focal point to an image.  Very often I find that the camera doesn't do justice to what my eyes tell me is a beautiful scene.  The inclusion of an old ruin can certainly add an element of interest.


The image below is Rosedale in the North York Moors National Park and the ruin was once a cottage belonging to the nearby Rosedale East Mines.  Here, from 1864 to 1926, ironstone was mined from the daleside by the Rosedale Mining Company. 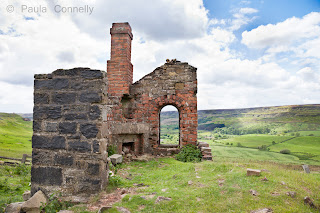 Today the  area is tranquil but once the whole valley was scarred with mining activity and a railway connecting the Rosedale East and West mines, covering over ten miles in total.  The site of the railway track remains as a pleasant route for walkers and cyclists, with various remains from mining activities along the way, such as the Rosedale East calcining kilns. The Yorkshire Dales has its fair share of interesting old buildings too.  Whilst I enjoy photographing the iconic stone barns for which the region is well-known, I actually prefer finding something a little more unusual, like this abandoned cottage.

I find abandoned churches in the middle of the countryside particularly fascinating.  The congregation and their homes have long since gone, but the churches remain, protected no doubt by legislation which prevents their demolition.


Below is the ruin of Saint Martin's church at the deserted medieval village of Wharam Percy in East Yorkshire.  The village itself was deserted in the 16th century but the church remained in use until the 1950s by residents of the nearby village of Thixendale.  Today it is under the care of English Heritage. 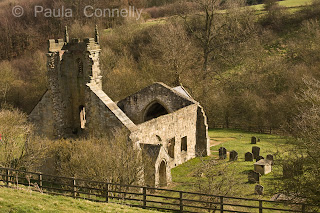 Just a few miles away, in the middle of rolling pasture land, sits the ruined Holy Trinity Church, built in 1890 to replace the previous church which served the village of Cottam.  The village has long since disappeared and all that remains is the ruined church in which the last service was held in the 1930s.

These are just a few notable examples of the kind of rural ruins I find so appealing.  Each one has its own story to tell.   Eventually nature will take back what man has abandoned, but in the meantime I for one find them fascinating and strangely beautiful in their own way.